And in this Corner…

Here’s to Your Health 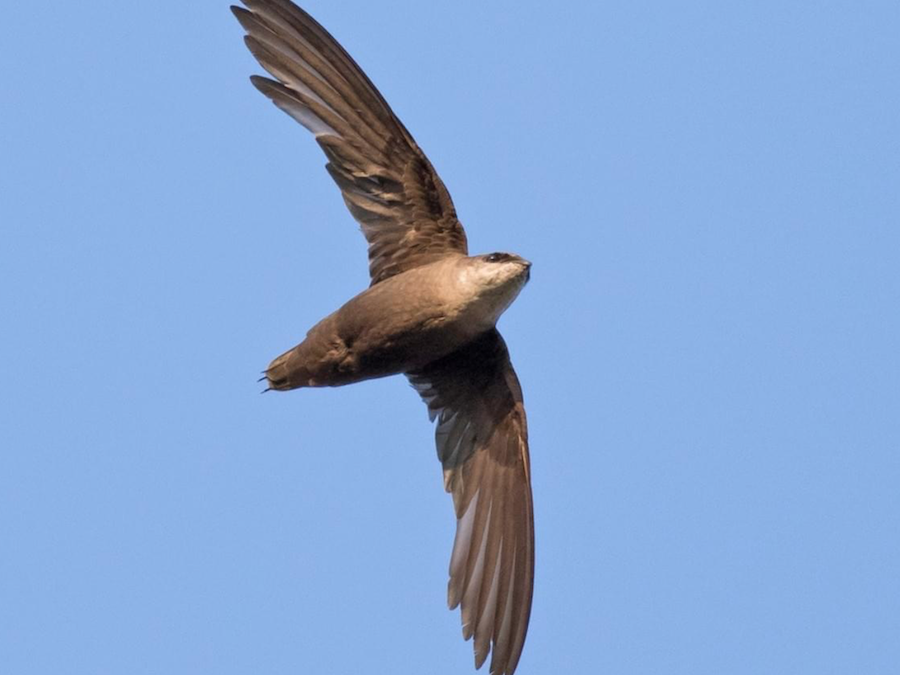 What would it be like to be a celestial being? To rarely touch the terrestrial and instead be a citizen of the sky?

They spend 99% of their lives on the wing – eating, drinking, bathing, gathering nesting material – and even mating while aloft. Almost as if to show their disdain for all things earthbound, Chimney Swifts are incapable of walking on flat ground. Instead, their feet have evolved to cling to cave walls, the inside of hollow trees and, yes, chimneys.

At about 5.5 inches long with a 12-inch wingspan, this seasonal migrant is a fixture of the evening Spring and Summer sky as it zig-zags across the sunset hawking thousands of flying insects. During its pursuits, the Chimney Swift travels about 500 miles a day. Combined with its migration to and from Peru, Chile, Brazil and Ecuador, the average Chimney Swift will travel more than 1 million miles in its lifetime.

To look for this aerial native, simply listen for a long string of chattery calls…and look up! What you’ll see is an aerobatic display performed by two or more scythe-winged birds with small, cigar-like bodies darting across the sky they call home. Will they come to your feeders? No. Will you always remember them as the singular birds they are? Yes.

Sadly, Chimney Swifts have experienced a 72% population decline over the last 40 years. A lot of it has to do with the lack of old-growth hollow trees, the decline of industrial chimneys and people capping their home chimneys. If you can, remove your chimney cap and close your damper from mid-March to mid-October. This will give Chimney Swifts a place to build their half-moon nests on the inside of your chimney’s walls. Also, don’t have your chimney cleaned during the same period.

In the end, you’ll be rewarded by aiding one of the most exceptional birds in the world.